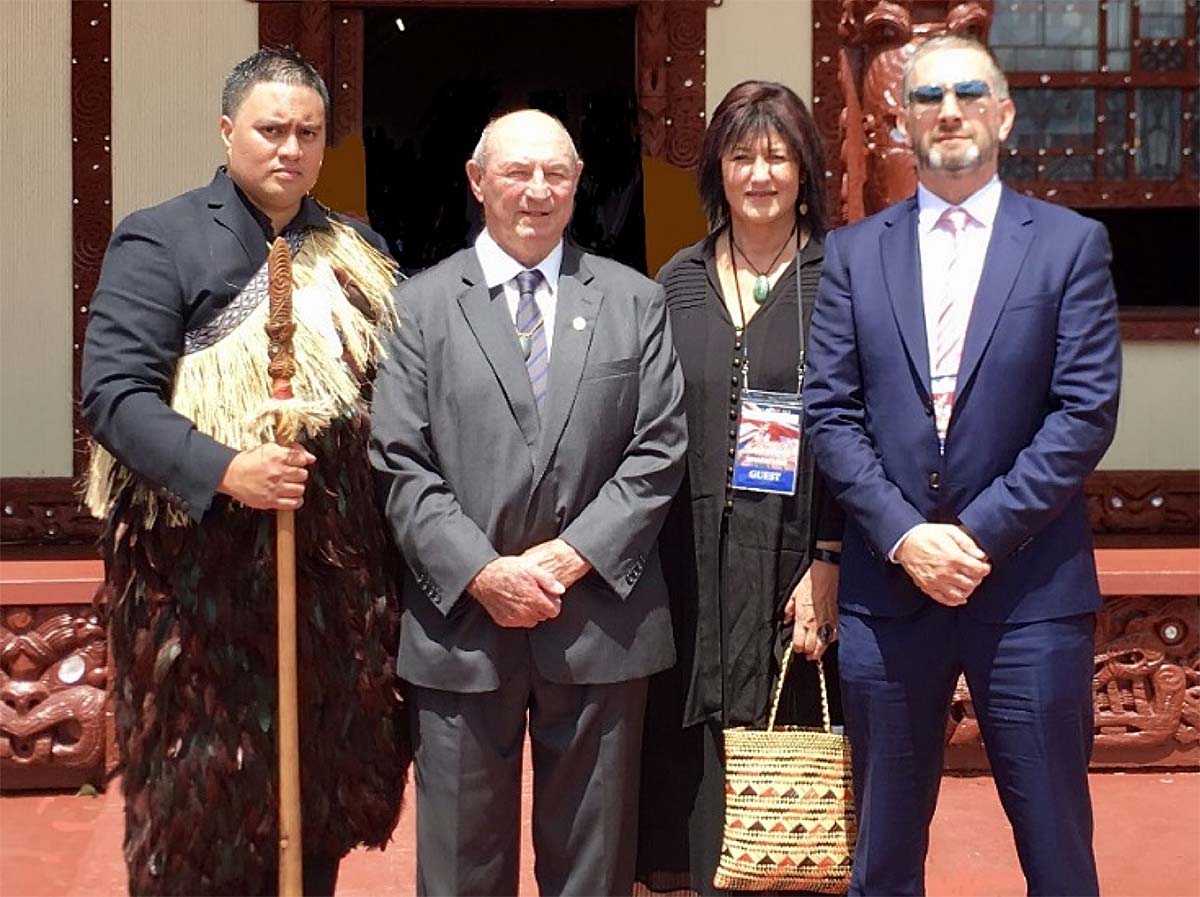 Posted at 12:04h in Notices and Updates by holly
Share

Foundation Trustee of Pukeroa Oruawhata Trust, Alec Wilson, retired as a trustee after 37 years of service at the 2018 Pukeroa AGM held last Saturday.

“Alec has been on our Trust right from the start and was instrumental in us getting our gifted lands back from the Crown and then developing them once we got ownership back. I can’t emphasise how much Alec has contributed to this Trust and indeed our tribe” says Pukeroa Oruawhata Chair Malcolm Short.

At the Trust’s AGM on Saturday owners were told that over 177 properties, including 25 residential dwellings, are now administered by the Pukeroa Oruawhata Group.

“As we diversify our investments into large scale tourism projects, including the Lakefront precinct Wai Ariki Hot Springs and Spa, Wai Ariki Apartments and Wai Ariki Hotel, we will to continue to build on the solid platform established by Alec and all those initial trustees” says Pukeroa Chair Finance and Expenditure David Tapsell. “These developments will not only benefit our owners but also the city and wider region, bringing with them up to 400 full time jobs and tens of millions in additional tourism spend annually.”

Joining the Trust is Rawiri Waru who has been elected by owners as a new trustee.

Mr Waru was an initial participant in the Pukeroa future directors programme three years ago. “I look forward to my time on the Trust and sitting around the table as a fully-fledged trustee to contribute to the growth of the kaupapa. I am truly grateful for the opportunity”.

2018 result of election of one trustee by postal vote:

Rawiri Waru, being the highest polling candidate was duly elected to fill the vacant Trustee position on the Pukeroa Oruawhata Trust for a term of 5 years.