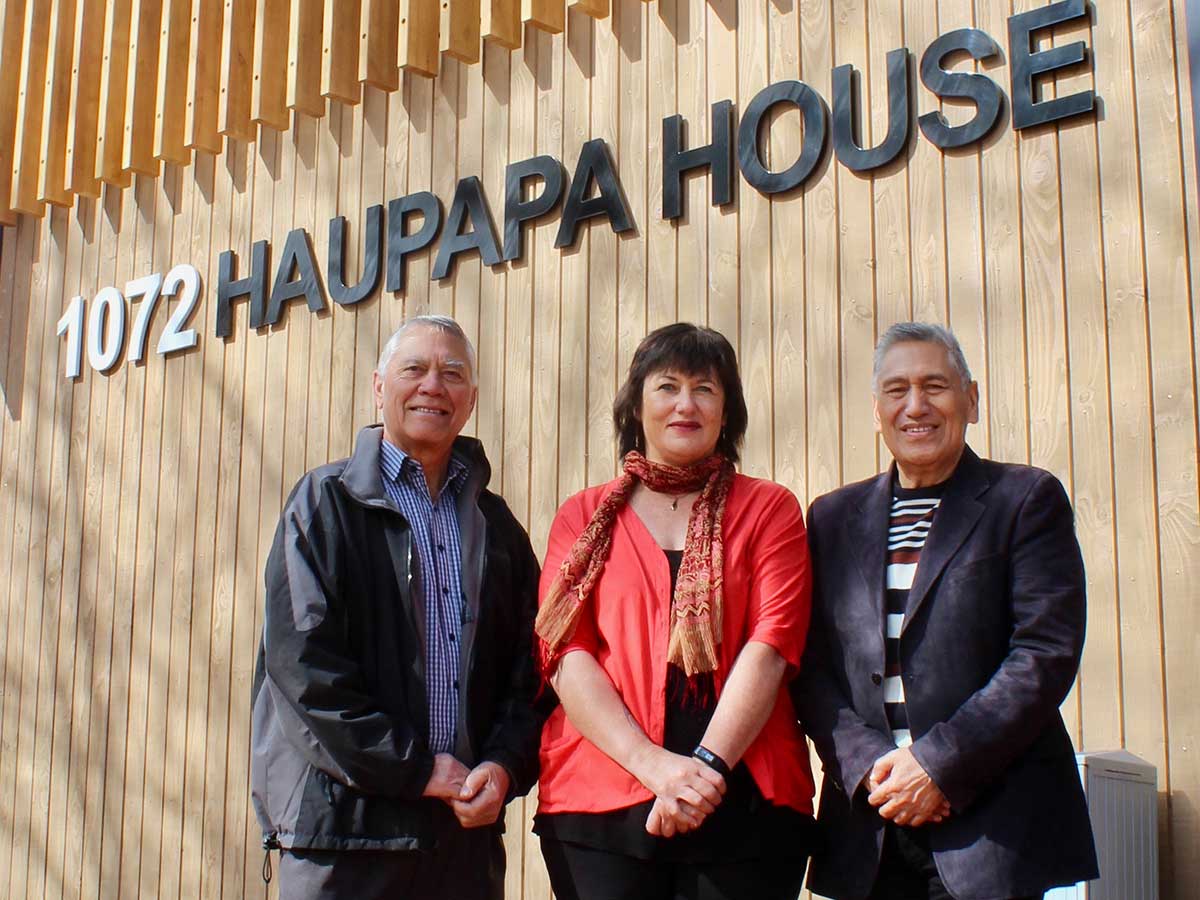 Posted at 09:20h in Notices and Updates by holly
Share

After 12 months of planning and redevelopment, the previous home of the Rotorua RSA is almost unrecognisable as it gets set to reopen its doors after a $2.7 million transformation.

The site has been redeveloped by Pukeroa Oruawhata Holdings, who bought the building at auction in 2015. Since then, it has been completely transformed to provide “A Grade” Office accommodation, including ensuring it is fully compliant with current earthquake standards.

“The building was in need some of some attention when we bought it and Darryl Church from Darryl Church Architecture, has certainly risen to the challenge.”

Pukeroa Oruawhata Director and commercial lawyer, David Tapsell says increasing the amount of top quality office space in Rotorua is a key component of attracting and retaining new business to the city.

“If we are to be a vibrant and attractive destination to live and play, we need to be providing great places to work in – our investment here certainly achieves that.”

The first floor, consisting of 400m2, has already been leased to one of the Bay of Plenty’s leading law firms, Holland Beckett Law (Hobec).

The ground floor offers tenants 356m2 and 382m2 spaces, which can also be combined as one tenancy of 738m2. The site also incorporates off-street parking for 12 vehicles.

Pukeroa Oruawhata Trust owns more than 40ha of land within the CBD, including the Rotorua Central and Trade Central developments, and the Lakefront.

Owned by Ngāti Whakaue shareholders, Pukeroa Oruawhata has a proven history of developing projects for the economic and social wellbeing of both Ngāti Whakaue and the wider community, and it now has an asset base worth more than $225 million.