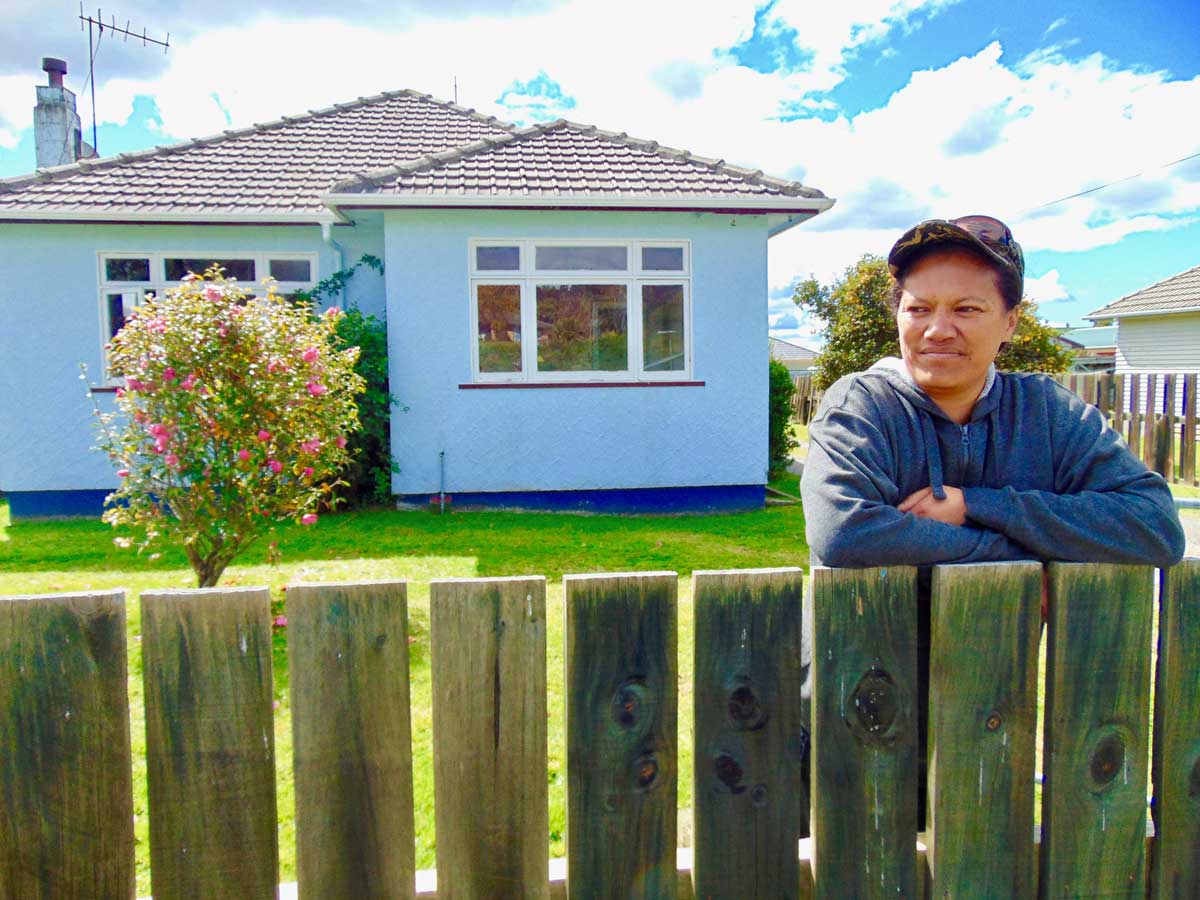 29 Sep Trust steps up on housing to help local families

Posted at 12:53h in Notices and Updates by holly
Share

For Powhiri Raukawa, the benefits of Pukeroa Oruawhata’s business success are clear – she’s living in them.

The Rotorua woman and her whānau are tenants in one of the Trust’s 14 houses on land near Whakarewarewa. Pukeroa Oruawhata is on track to have another three houses ready to be tenanted within the next two months, and five more will be added by early next year.

Pukeroa Oruawhata has spent $2.1m on housing in the past two years as part of its long term mandate to support its beneficial owners.

Ms Raukawa has lived at the Whakarewarewa property for about seven years and the house, which is over 70 years old, is currently undergoing a complete refurbishment.

Once finished, the house will have a new bathroom and kitchen, be repainted, recarpeted and insulated.

Ms Raukawa says she has been paying a fair rent and doesn’t have to worry about a landlord selling up. Another benefit is knowing the money she is paying in rent is going back to Pukeroa for the wider benefit of Ngāti Whakaue, she says.

By the end of March, Pukeroa will have 22 houses on its block of residential land, predominantly to be rented to Ngāti Whakaue people, he says.

“We realise there is a need and we have been doing what we can on the land we have.”

Mr Short says without the successful development arm – Pukeroa Oruawhata Group – they would not be able to help their people through projects such as housing.

“What many people don’t realise is that we didn’t receive a cash handout from the Crown, we simply got back land that we had initially leant for specific uses such as the Railway Station.

“Our developments, such as Rotorua Central, Trade Central and the upcoming Wai Ariki Hot Springs and Spa, have focused on generating the income which allows us to do more giving back to our community and owners.”

Mr Short says being able to leverage off the strength of the commercial assets has been critical in developing the residential housing base.

“By making the best business decisions we can, we are ensuring ongoing revenue streams for our people. The more successful the business ventures are, the more the Trust can give back.”