Work to begin on Wai Ariki Hot Springs and Spa 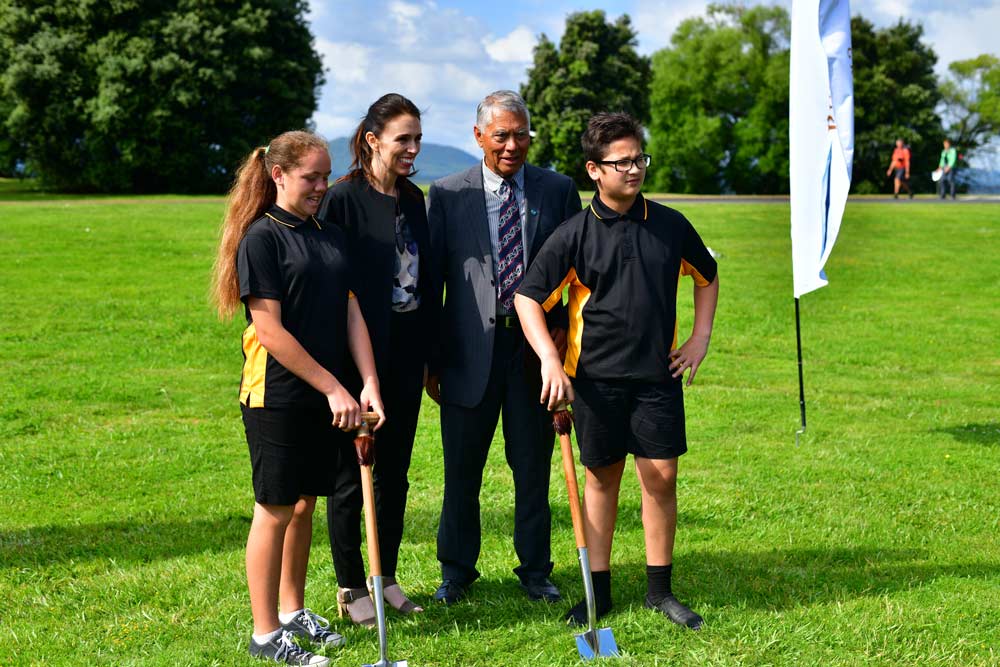 Work on Rotorua’s major new spa development is set to get underway, with Prime Minister Jacinda Ardern helping to turn the first sod of Wai Ariki Hot Springs and Spa.

Government officials were welcomed onto the site with a formal ceremony before Ms Ardern and Pukeroa Oruawhata chairman Malcolm Short, accompanied by local tamariki, used ceremonial shovels to turn first sod, marking the start of work on the site. 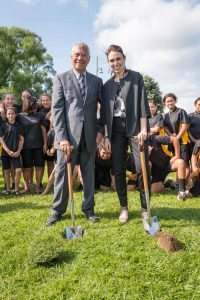 Ms Ardern described the development as an exciting one and says it is fantastic to see the investment in tourism infrastructure.

Ms Ardern spoke highly of the way Ngāti Whakaue and Te Arawa elements were woven through the development.

Pukeroa Oruawhata chairman Malcolm Short says today’s ceremony, and the attendance of Government Ministers, shows the significance of the development, not just to Rotorua but to the wider New Zealand tourism industry.

Wai Ariki Hot Springs and Spa is a luxury spa and wellness centre which is being developed by Pukeroa Oruawhata on Rotorua’s lakefront. It is expected to boost the local economy by tens of millions of dollars a year.

Mr Short says the sod-turning marks an important step in the project and follows considerable work behind the scenes to get the development to this stage.

“It is exciting to be at a point where groundworks can now get underway and we can start to see the site transformed. This is the first step in creating a wider health and wellness campus on our lakefront site.”

“As well as the jobs that will be created when Wai Ariki Hot Springs and Spa opens in late 2019, there will be significant additional jobs during the construction phase. We will be working with contractors to ensure local people, including Ngāti Whakaue, are given employment opportunities.”

Mr Short says the development is about growing the local and international visitor economy for the benefit of all of Rotorua, and extending the destination’s existing spa, health, wellness and visitor experiences. The intention is to prompt visitors to stay longer, and experience more, in Rotorua.

“Ngāti Whakaue, Te Arawa and Māori culture sit at the heart of Wai Ariki, with the 650-year history of the tribe and Rotorua’s spa heritage forming an intrinsic part of the development.”

Elements of Ngāti Whakaue and Te Arawa culture will be infused throughout, from the design of the building to its unique spa and wellness offerings, Mr Short says.

“As an iwi led development on iwi land, we have a proven history of developing projects for the economic and social wellbeing of Ngāti Whakaue and the wider community.

“We are confident this development will continue this, not only by providing another income stream but also through providing new employment for locals in an exciting and growing industry.”